From Sophie Turner and Joe Jonas to Hailey Baldwin and Justin Bieber, 2019 was filled to the brim with lavish, high-profile celebrity weddings.

The first rule of being a celebrity bride is to make sure you stand out – and that means calling up your designer pal to make you a bespoke, unforgettable dress.

Some celebrities spare no expense when it comes to their wedding, like Priyanka Chopra’s four-day long celebration, multiple dresses and whopping 75-feet train when she married Nick Jonas.

Lace, beads, over-the-top trains, tulle, capes, heavy veils… every fashion option has been explored by celebrity brides over the decades to ensure they are the star of the show.

It’s incredibly difficult to choose, but these are the most iconic celebrity wedding dresses ever (according to us):

The Bollywood actress and her Jonas Brothers husband went all-out for their wedding.

Her wild bachelorette trip was in Amsterdam, whereas her Christian wedding was at Umaid Bhawan Palace in Jodhpur, India. Her dress, as well as the huge train, featured pearls, crystal beading and Swarovski crystal embellishment, reportedly took 1,826 hours to make.

Possibly the most talked about wedding of last year was Hailey Baldwin’s 2019 nuptials.

Although the couple actually tied the knot in a New York civil ceremony in 2018, their official ceremony was almost a year later. The celebrations did not disappoint, and neither did Hailey’s incredible lace custom Off-White gown, with a veil emblazoned with the mantra, ’till death do us part’. Now, that’s how to make an entrance.

@virgilabloh thank you for making my vision come to life and creating my dream dress. You and your @off____white team are incredible and I’m forever grateful I got to wear your beautiful creation. ❤️

The Duchess of Cambridge

We couldn’t forget about possibly the most-hyped royal wedding, ever, between Kate Middleton and Prince William in 2011. And, neither could we omit that dress.

You know the one: the Duchess’ regal, lace Alexander McQueen dress, designed by Sarah Burton, which reportedly cost £250,000. Kate borrowed her Cartier Halo Tiara from Queen Elizabeth, who was gifted it on her 18th birthday.

Kim has famously had two weddings, the former of which, to NBA star Kris Humphries, lasted only 72 days.

Her second wedding, of course, was to Kanye West and the couple were henceforth referred to as Kimye. The 2014 ceremony took place in Florence, Italy and Kim’s unique lace dress was Givenchy haute couture, designed by Riccardo Tisci, a close friend of the couple.

The singer chose York Minster as her wedding venue for her union to Caspar Jopling in 2019.

The ceremony was rumoured to have cost a huge £1million. Ellie’s very traditional, high-necked dress was designed by Chloé, and was hand-embroidered with beaded white roses of York.

I spoke to @britishvogue about my wedding dress, and this is what I said 😊 “I was so thrilled and excited when I found out that the iconic and unparalleled Chloe wanted to design a bespoke wedding dress for me. I have loved them and their incredible team for years, so it only seemed right for Chloe to play big part of this special day. From day one they worked along side me to design, from head to toe, something timeless and classic, but with the all the Chloe opulence and spirit. Natasha was the perfect collaborator. I have never felt more special than the moment I first tried the dress on in Paris, and it was utterly awe inspiring to see the craftsmanship and attention to detail (I had C and E in the lace on veil, and the Yorkshire rose) they understood my longing for a very traditional dress 👗 Actually I could never thank you enough my dear people at @chloe , especially @nramsaylevi and @arnaudcauchois and to the lovely @juliahobbs_ . 💘

The Duchess of Sussex

Despite the fame Kate Middleton’s dress garnered, the Duchess of Sussex’s simple dress gained the same level of attention and praise during her highly-anticipated wedding to Prince Harry. The off-shoulder, pure-white gown, designed by British designer Clare Waight Keller of Givenchy, was a closely-guarded secret up until the big day. Meghan teamed it with a five-metre long silk veil which covered her face and included floral detail which represented all 53 countries of the Commonwealth.

The star walked up in aisle in a delicate, strappy tulle gown by Israeli designer Mira Zwillinger and chose a beautiful pastel bouquet to go alongside it.

The bouquet of my dreams. 🌸✨ I couldn’t have dreamt up more stunning flowers. Still in awe of the talent of @dariobenvenutiflorals and so grateful for all the love that was put into the florals for our wedding. The most special part for me was my “something old” gift from my maid of honour who pinned my grandmothers pearls into the rose of my Bouquet.💕

What’s a wedding dress round-up without including another of the Jonas weddings?

In 2019, Sophie Turner and Joe Jonas celebrated their second wedding, after secretly sealing the deal in Las Vegas a month earlier.

All eyes were on the Game of Thrones star’s dress, which was designed by Nicolas Ghesquiere of Louis Vuitton. The flower-embroidered garment was made from silk and, including her light veil, took 350 hours to make.

Chrissy may have tied the knot with musician John Legend in what seems like a million years ago (2013), but we still remember how stunning her dress was on her big day.

Chrissy opted for tulle, and a lot of tulle in her custom, strapless Vera Wang creation. In true Hollywood style, she actually had three Vera Wang dresses in total – one for the ceremony, one for the reception and one for the after party!

Tennis sensation Serena blessed us all with her official photos from her marriage to Reddit founder Alexis Ohanian in 2017, featuring her newborn daughter.

Her ballgown-style dress, complete with a delicate veil-like cape, featured even more tulle than Chrissy Teigen’s! Taking inspiration from Kate Middleton, it was designed by Sarah Burton for Alexander McQueen.

Plus, her reception alone was rumoured to cost $4million.

We were all gutted when Miranda Kerr and Orlando Bloom divorced, but one positive outcome was to see her incredible wedding dress during her 2017 marriage to second husband, Evan Spiegel, co-founder of Snapchat.

Miranda described it as the ‘fairytale dress’, custom designed by Dior Haute Couture.

Last but by no means least, we’re still lusting after supermodel Karlie’s dress she wore to her 2019 union with Josh Kushner.

Like Miranda’s, it was a customed Dior design by Maria Grazia Chiuri, and took 700 hours to make in Paris. Karlie shared an intimate video to her YouTube channel detailing how the stunning garment was made.

Have you recently tied the knot? If so, you can relive the joy of your big day and share your beautiful photos with No.1 readers across Scotland! To be featured in the magazine, contact weddings@no1magazine.co.uk 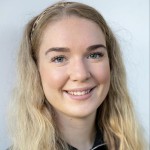